The newest addition to the Tulsa Arts District moves in Tuesday. 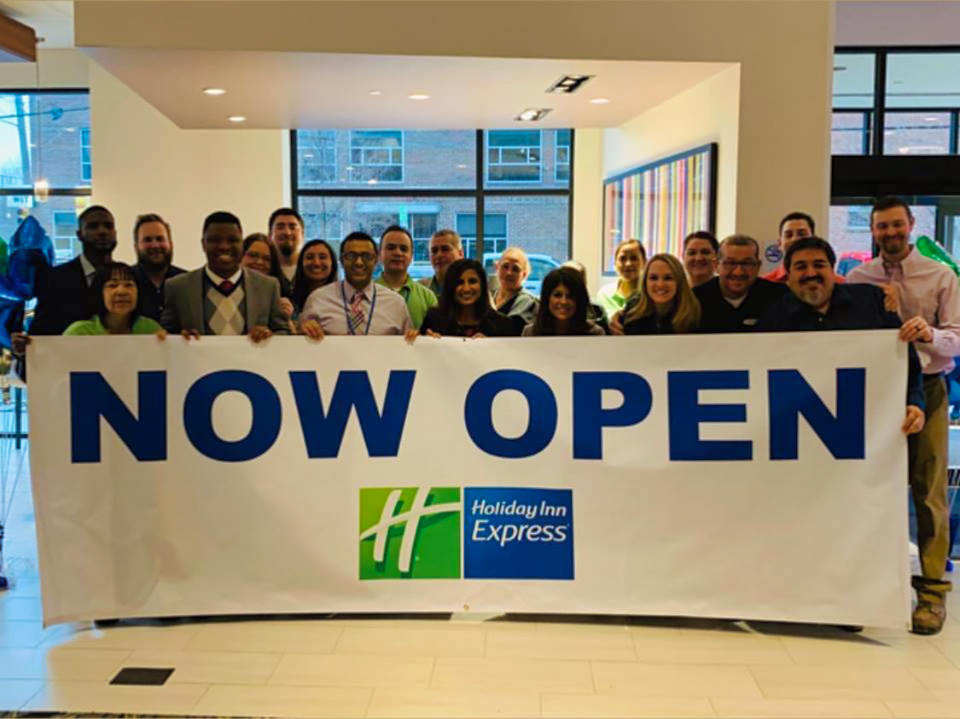 “The Arts District doesn’t have many hotels, so we felt that there was a need for it,” he said. “It’s probably the fastest-growing of any of the districts downtown. Our location is the key.”

The hotel sits just west of ONEOK Field and across the street from a $33 million office building under construction, whose anchor tenant will be Valley National Bank (newly branded Vast Bank). Just to the northwest is the redeveloped Archer Building and just south of the hotel will be a mixed-used, nearly 400-space parking garage set to open in the fall.

“There are a lot of things that bring tourists here, like the museums in this district,” Patel said. “It has created that tourist attraction for the district. We’re very bullish about that.”

Of the five-story hotel’s 115 guest rooms, 18 will be suites. A division of InterContinental Hotels Group, the Holiday Inn Express is a select service hotel, which doesn’t offer amenities such as retail food and beverage outlets.

“Operationally, these hotels seem to be doing well,” Patel said. “Restaurateurs are good at those things. Hoteliers are good at hotels. This concept of select service has really become popular.”

This is the third downtown project Promise Hotels and Ross Group have teamed up on. In 2017, they paired up for the nine-story Hampton Inn & Suites at Third Street and Cheyenne Avenue, a block from the BOK Center. They also are partnering on the conversion of the long-vacant and historic Tulsa Club building into a boutique hotel that is set to open in March and will be managed by Promise Hotels under Hilton’s Curio brand.

The Holiday Inn Express has an indoor heated pool, fitness center and business center. Part of the Formula Blue prototype, it also features a hot breakfast with items such as scrambled eggs, biscuits and gravy, sausage and Cinnabon cinnamon rolls. All guest rooms will have a Keurig coffee maker.

“Even if you’re a local, this hotel kind of caters to a stay-cation, too,” said Kimberly Hosea, Promise Hotels vice president of sales and marketing. “We have a pool for the kids. We have a ton of area stuff to do — Friday night fireworks (from ONEOK Field).

“You can come over and watch them from your room. People may want to get out of the suburbs sometimes and experience downtown Tulsa. It’s a good time to be downtown and growing. This hotels caters to every niche.”