Tulsans of the Year: Thanks to Pete and Tina Patel, the historic Tulsa Club Hotel lives again 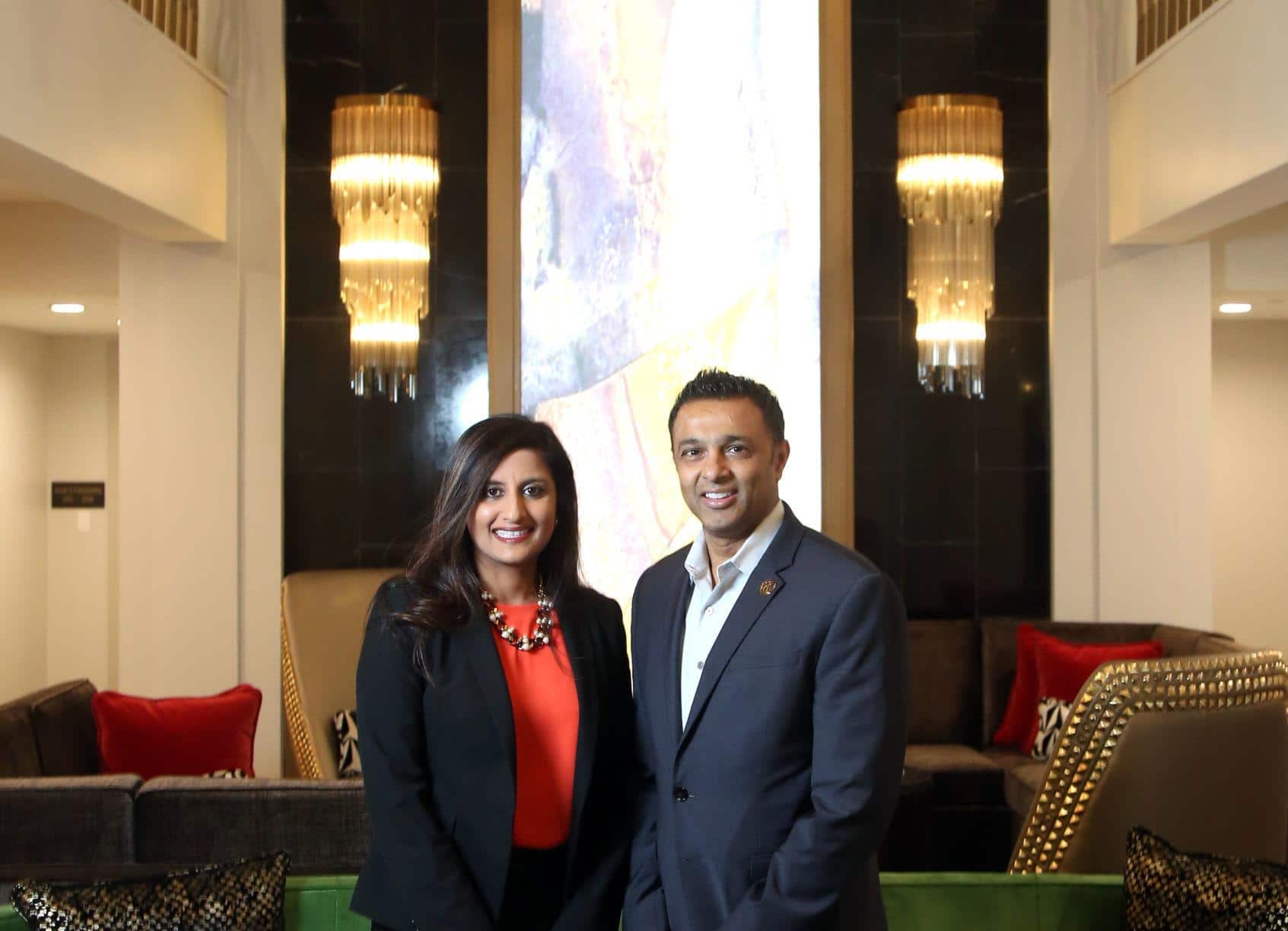 
She used to carry a car seat from room to room and leave her baby boy on the bed with a cup of Cheerios while she vacuumed the carpet and cleaned the bath. A hotel never stops, 24 hours a day, seven days a week.

“If you want to see your kids,” says Tina Patel, “you bring them with you.”

Tina and her husband, Pete Patel, opened a small Best Western in Sand Springs in 1997, where they worked the front desk, cleaned the rooms, fixed leaky faucets and did pretty much everything else themselves. They worked there and lived there and started a family there, hardly ever getting a chance to leave the hotel.

“But we were learning the other side of the hotel business, too,” Pete interjects. “The accounting, the marketing, human resources, all the behind-the-scenes stuff. We learned how to do everything.”

Tina’s family ran a mom-and-pop hotel in Missouri after immigrating from England in 1979. Coincidentally, that was the same year Pete’s family came from India to open a small hotel in El Reno. They both grew up living and working at small hotels. So it seemed perfectly natural for Pete, after graduating from Oklahoma State University and marrying Tina, to open his own Best Western.

“After a few years, the hotel was very successful,” Pete says. “And we had to decide, ‘OK, do we want to sell it and move on and do something else? Or do we want to start to grow our hotel business?”

Tulsa should be very thankful that they decided to start growing.

Over the years, the Patels have owned or operated 27 hotels, going under several brand names and ranging across a wide range of price levels. Most recently, and most spectacularly, they opened the Tulsa Club Hotel this year.

Designed by legendary Tulsa architect Bruce Goff in 1927, the Tulsa Club became known as one of the city’s most elegant art deco landmarks. But it sat vacant and deteriorating for more than 20 years before the Ross Group, a Tulsa-based development company, bought the building in 2015 for $1.5 million.

Promise Hotels, owned by the Patels, became an equity partner. And together, the investors spent $36 million to fully renovate and remodel the structure, making it one of the most expensive hotels ever built in Tulsa, if not in Oklahoma, Pete says. Branded as a Hilton Curio, it’s one of Tulsa’s trendiest places to stay. But in some ways, it’s no different than the old Best Western where the Patels started.

“It’s still about service and making sure that people receive the level of service they expect,” Pete says. “And we’re still very hands-on at all levels.”

The baby Tina used to carry from room to room is now a senior in high school. And his parents hope he will follow them into the hotel business.

“We’re not going anywhere,” Pete says. “Tulsa has been very good to us, and there is no place our family would rather be.”